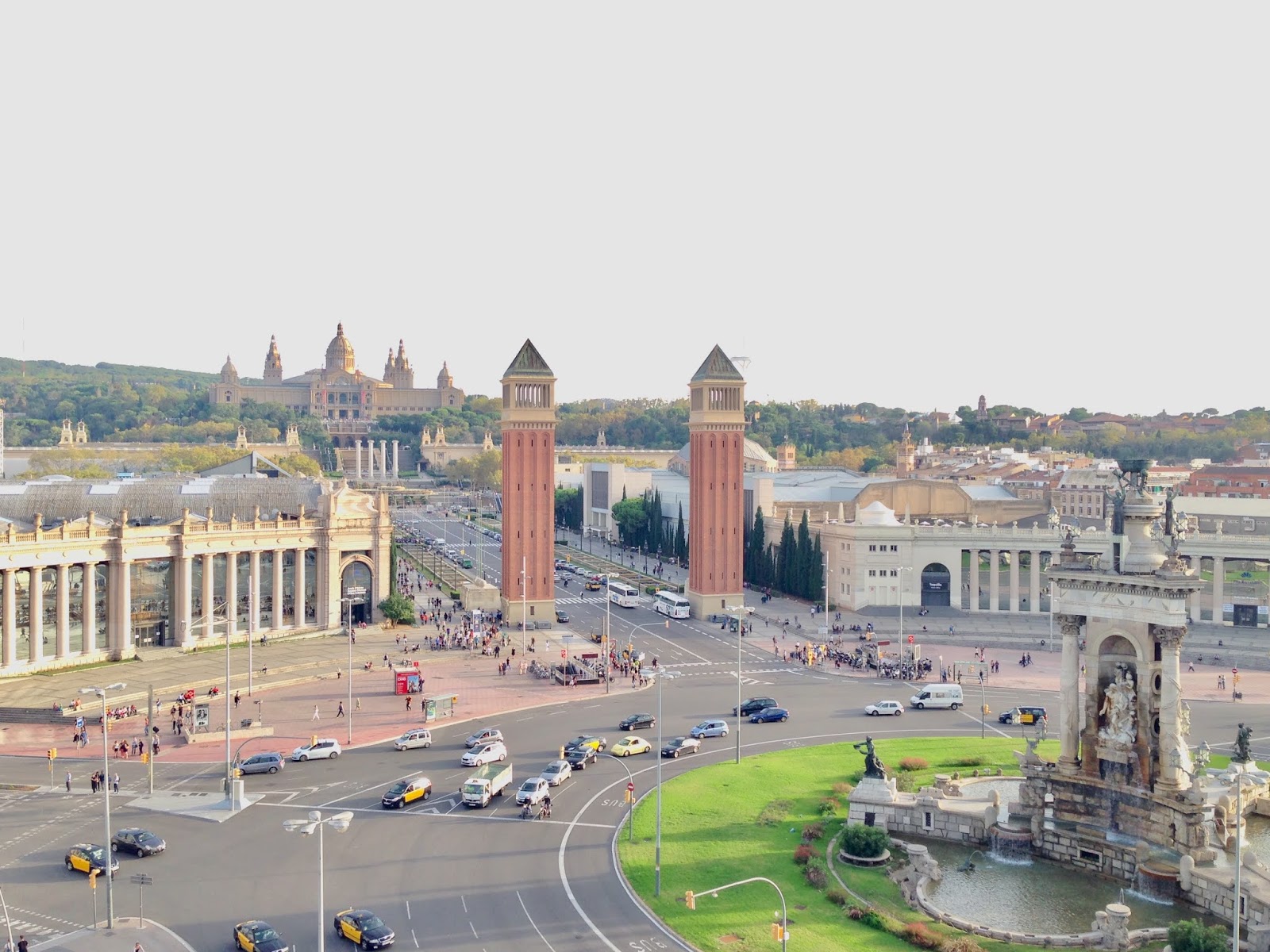 I had a 7-hour layover in Stockholm for my flight to Barcelona. It was enough time to visit the old city and come back to the airport. I was on my way to purchase a train ticket when I realized my shoulder bag was missing... I have never been so scared in my life. I felt stuck. Without a passport, I cannot go back home to the US and I cannot move forward to my final destination in Spain either. Stockholm, Sweden I froze. I could not breathe. It did not make sense how I could have lost it. Whenever I travel and get on the plane, I usually carry two bags. A big hand bag or a tote, and a small shoulder bag. The small shoulder bag is where I put the important stuff, like my passport, so I could take it with me wherever I go. The only thing I could think of was to go back to the arrival gate. I went back to the sitting area and looked around, but it was nowhere to be found. I saw the lady who sat beside me on the plane and asked her if she has seen it, and unfortunately, she said no. There
Post a Comment
Read more 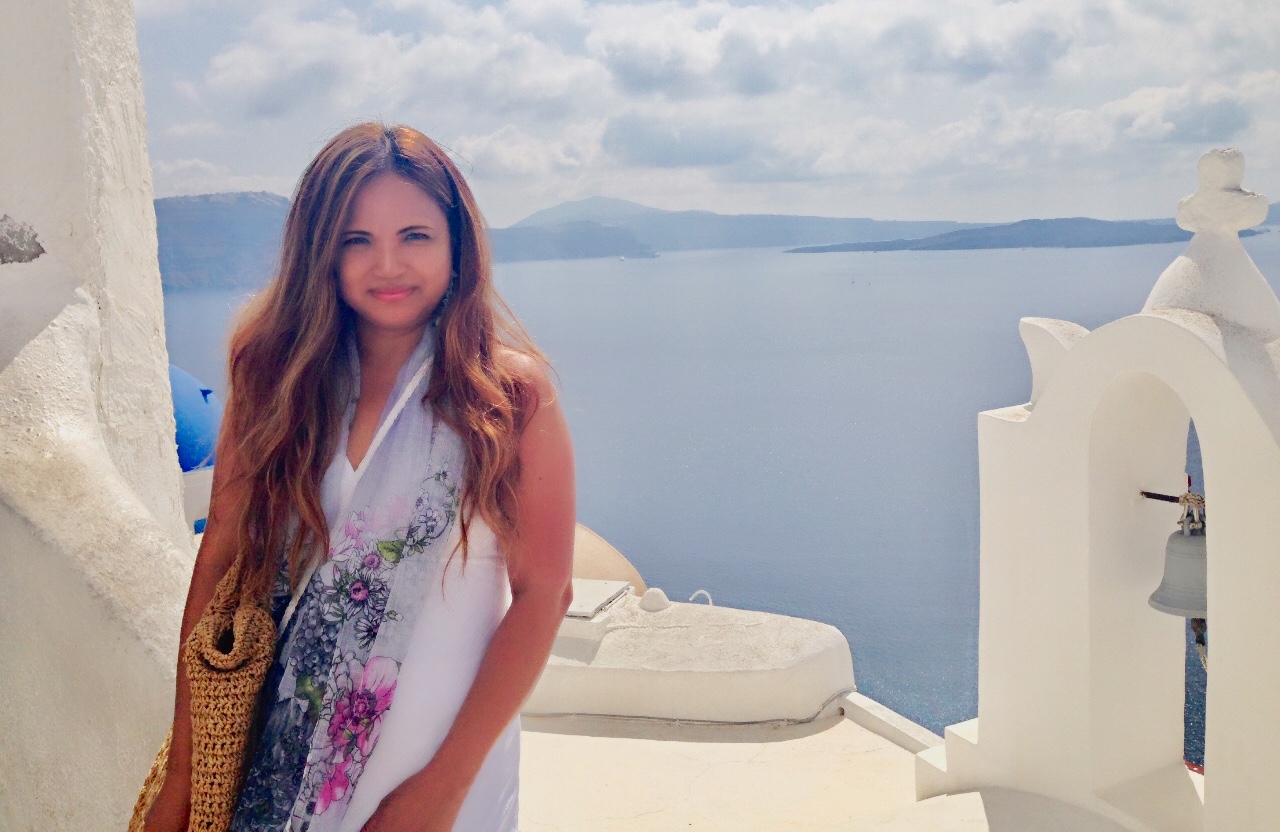 In August of 2013, I went to Las Vegas for my birthday. The only reason why I went was because I had miles that would expire and I had to use them. I did not stay in the city though, I stayed at  Lake Las Vegas Resort . I thought about going there before. I liked its European style architectures. I stayed at Hilton Hotel. I chose it because of its beautiful Italian gardens. I had no clue it was only a glimpse of the future. The following year, as I was planning my move out of state, I decided to ship my car to New Jersey. I found out it would take two weeks for it to get there. An idea came to me of having a vacation for two weeks while I was waiting for my car to get there. I had always wanted to see Santorini,  its whitewashed houses, blue domes and the colorful water surrounding it. I just thought it was so beautiful. I was not sure if it was worth it though, the expensive airfare and nearly 20-hour flight from San Francisco. Then, another idea came. I noticed one of the con
1 comment
Read more 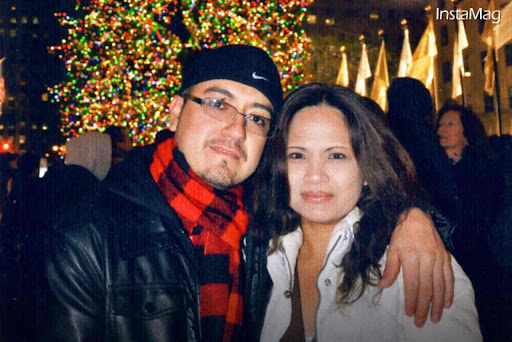 When I left New Jersey and went back to California, it hurt my relationship with my boyfriend to a point where he stopped answering my calls. Eventually, I gave up trying. This is why they say long distance relationship never works. I had a dilemma. My vacation has already been approved by my employer and I had already bought a non-refundable ticket long before all these happened. I decided to just go and see what happens even though we haven’t spoken for months. I thought I would give it one last chance.  Since I was not sure what was waiting for me when I got to New Jersey, I needed a plan B. What would I do during that long weekend all by myself in case he refused to see me? It was that time of the year when they light the tree in New York City, the  lighting ceremony at Rockefeller Plaza which happens the week after
3 comments
Read more

It’s not the Place, It’s the People 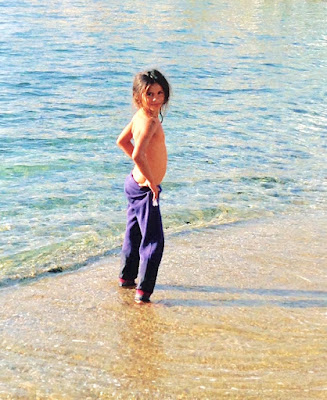 Santorini was my ultimate dream travel destination. I thought it was the most beautiful place I have ever seen, but when I got there I was a little disappointed. Don’t get me wrong, it’s still the most beautiful place I have ever seen, but it’s not the place, it’s the people. I mentioned before that while I was searching for places to visit in  Santorini , I found Mykonos by accident. When I was there, I noticed that the people were friendlier. I even made a couple of friends.  I met a nice well-traveled man at a bakery cafe. He has been working all over Europe and just came home to Greece. We had a nice chat over coffee and decided to keep in touch via Facebook. And while I was walking on the charming black and white narrow cobblestone streets of Mykonos, this old Greek guy tried
Post a Comment
Read more 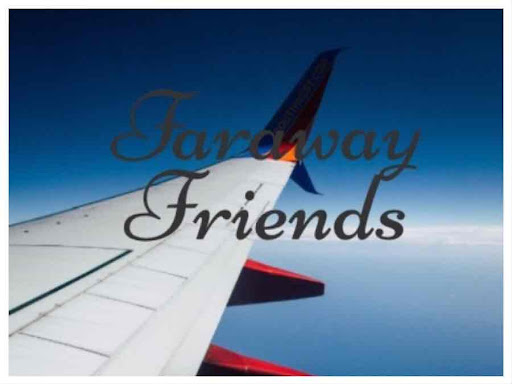 One of the benefits of travel is that I get to meet faraway friends. Every time I travel I meet at least one new friend. When I was in  Santorini,  I met two nice Filipina ladies traveling together. One was a local from Athens, Greece and the other one was from Canada. They have become my Facebook friends since then.  I flew straight to New York from  my  Venice/Santorini   trip and from there took the taxi to New Jersey to start a new life there. Soon, I learned through Facebook that two of my schoolmates from high school live not too far from me, one in New Jersey and the other one in New York.  We got together eventually. It was strange in a good way. I have not seen them since I was in high school in the Philippines, so it was like I was getting to know them agai
1 comment
Read more 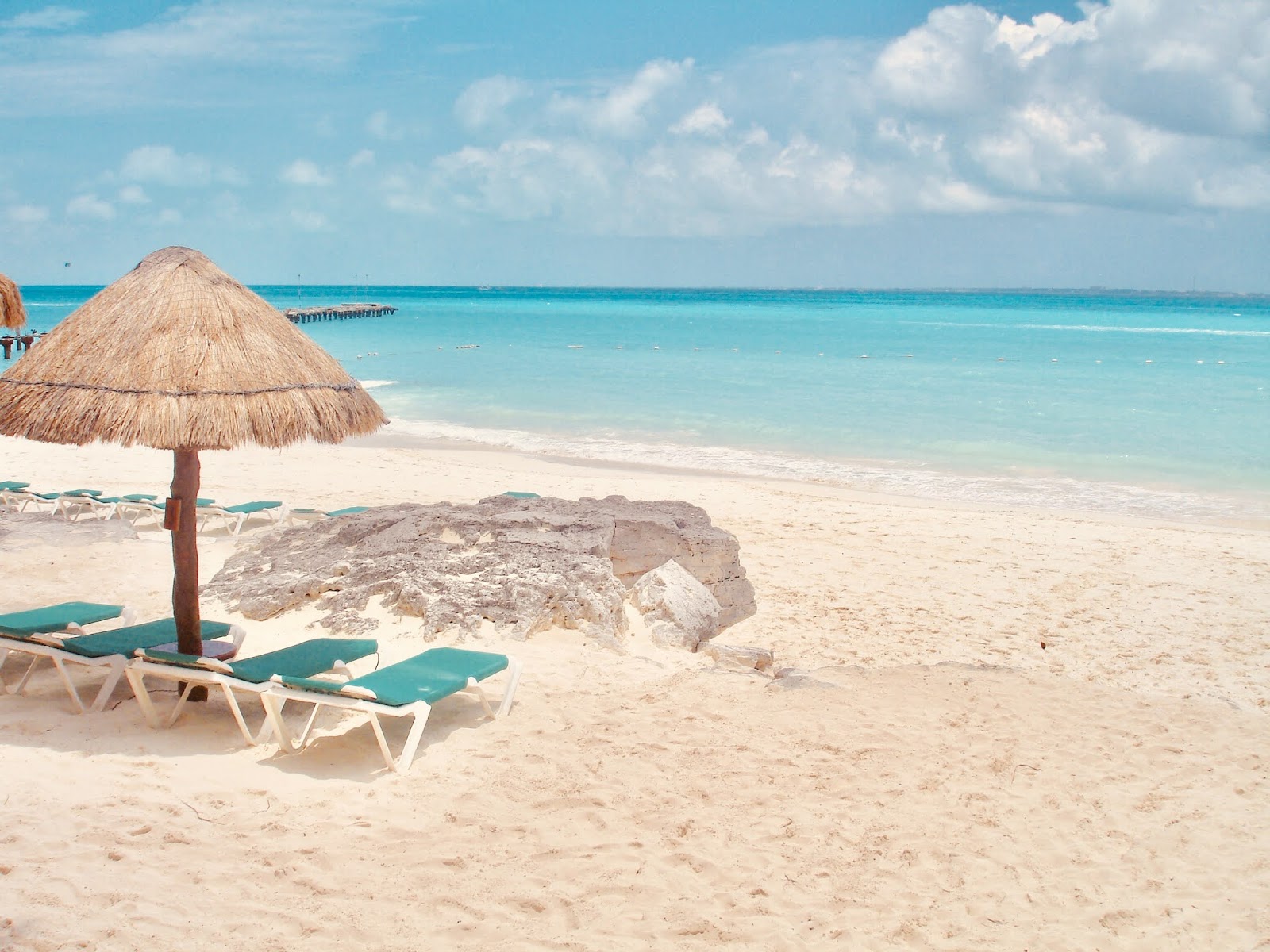 My story started earlier than I thought, even before  Venice . I used to see those Sandals Resort commercials on TV and just seeing that white hammock by the crystal clear turquoise blue water, gave me that longing to be there. I have not seen water that beautiful before. I never expected it would actually come true. It’s funny how things happen when you least most expect them.  I won a free trip for two to Cancun. Of course, there was a catch. It was one of those timeshare trips. My new business was struggling and I didn’t have any extra cash to spare for a trip. (Like I said, it happens when you least most expect it). It was year 2008 and it was the first time I traveled abroad since I came to live in the US 23 years earlier. I went with my boyfriend. When we got there, the water looked even more beautiful in person than on the screen. It was like looking at a post card.  We didn’t book any tours, we just planned to endure the timeshare seminar, stay on the
2 comments
Read more 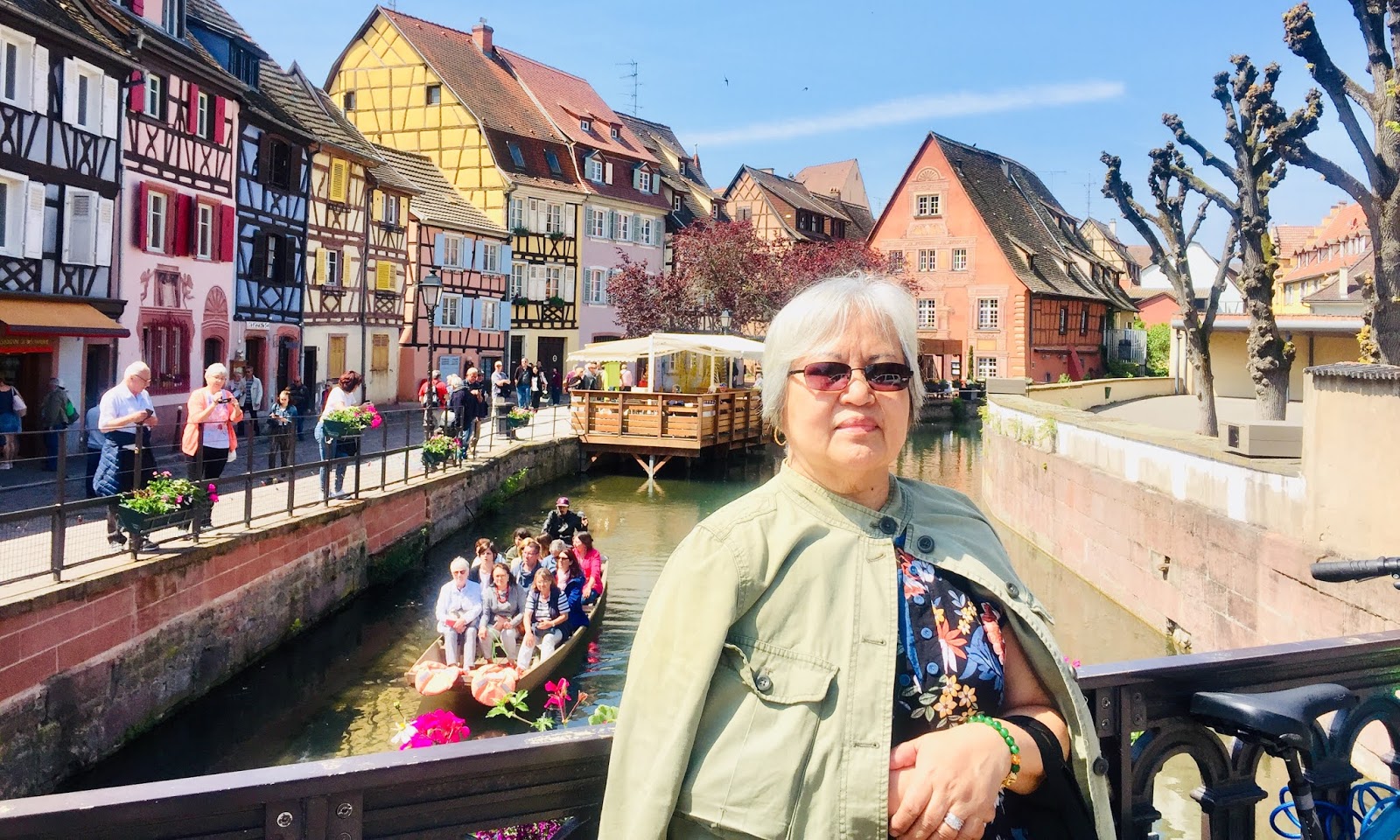 When my mom and I were in  Milan ,  we saw a Filipino flag across the street from the hotel we were staying at. It appeared to be some type of business or an office. I realized then that everywhere we went, we saw at least one Filipino, even in the less crowded, less touristy areas.  Milan, Italy We took the train from Paris to Mulhouse. It’s not a popular destination. It’s a small town in eastern France, away from the Paris crowd. So we were a little surprised to see a Filipina there, walking a dog in the town square.  Mulhouse, France While we were in Mulhouse we also visited another town called Colmar. This one had more crowd, mostly Europeans, Americans and Chinese. Nevertheless, we managed to see at least a couple of Filipinos, probably a husband and a wife, having their pictures taken by the fountain.  Colmar, France When we were done with France, we headed for Switzerland. We took the train to Basel and one of the train co
4 comments
Read more
More posts

Reliza Halili
My name is Reliza. I am off the beaten path kind of traveler at heart. I like searching for new places to visit. I find ways to travel more affordably. As much as I love to travel, there is one thing I want more, and that is to share my travel stories.